PrixMax is very excited to announce the launch of a new line of engine coolants developed specifically for Japanese and Korean vehicles: PrixMax’s “JNK” coolants.

This latest product development has been driven by the fact that vehicles manufactured by Japanese and Korean OEMs account for the vast majority of new vehicle sales in Australia, with brands such as Toyota, Mazda, Hyundai, Mitsubishi, Nissan, Subaru and Kia dominating the local market.

“PrixMax has studied the Australian market in depth and has developed an aftermarket coolant solution that will satisfy the requirements of the largest section of Australia’s national vehicle fleet – namely, vehicles manufactured by Japanese and Korean OEMs,” said a spokesperson for product development at PrixMax.  “We are very excited at the fact that this is a unique aftermarket coolant solution for consumers, and expect this development will be met with enthusiasm by the industry.”

Unlike some “universal’ coolants and other “blue” coolants currently in the market, the PrixMax JNK coolants are formulated with a unique chemistry that makes them compatible with the long life coolants manufactured by Japanese and Korean OEMs.  Based on a next generation phosphate-inhibited Organic Additive Technology (P-OAT) package, the PrixMax JNK coolants meet the chemistry and performance requirements of Japanese and Korean OEMs, having been independently tested against and meeting the requirements of both ASTM D3306 and JIS K 2234-2006 Class 2 industry standards.

The PrixMax JNK coolants are available in both pink and blue coloured versions to enable customers to match their existing OEM coolant colour.  For example, the new PrixMax JNK Pink coolant has been specifically developed to suit Toyota and Lexus vehicles, where either Toyota Long Life Coolant (red) or Toyota Super Long Life Coolant (pink) has been used as initial fill.

Available in various pack sizes from 5 litres to 1,000 litre IBCs, the PrixMax JNK coolants are offered in both concentrate and premixed ready to use versions. 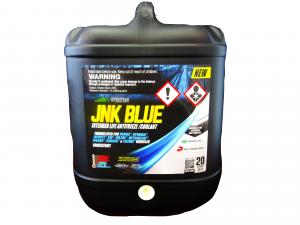